Just released for free on DriveThruRPG, the Cepheus Engine (Cepheus is the name of a constellation, thank you Google) is a system reference document for space opera role playing. Spoilers: it is Traveller. Not one particular version of Traveller, but a bit of the original and a bit of the new, but if you have played any Traveller apart from The New Era, Traveller20 or GURPS Traveller you will know what is going on.

To be fair looks are not important here. This is a bare bones rules presentation, which is fine as it is not a retail game but a guide to make games based on. It has real basic layout, black and white text, some tables no pictures except the cover, and dry writing that concentrates on making the rules understood which I appreciate. If you are making a game using this you will want to rewrite it. There are a few places where some formatting like bullets or indents would help keep the eye on track, but no big deal.

The cover pic is good, one celestial body smashing into another. My first thought was if that moon was landing on Chewbacca? Then again I am weird.

Because there is no background art, no pics, just text it's 208 pages are real easy to flip through on my tablet. Some of these books with all their great art and so on really bog down on a low end tablet. There are some books I wish had a low quality, barely any art version for tablet use. I am reading the Midgard Campaign book right now (it is amazingly good), but my tablet groans under the weight of all the artwork.

I am not going to explain much of the rules because, as I said, it does not depart from the classic/Mongoose Traveller you know and love. The default character creation rules has the character dying if they fail a survival roll as in the olden days, but also has all the new ways to avoid that from the Mongoose SRD. It also has a really good list of careers, which is a plus over the Mongoose SRD which just has a sample.

The combat is basically the same as the Mongoose version, which is more complete than the old days where there was a lot of “winging it.” It also has that system where initiative bounces around, which people seem to like but I am not a fan of and I used my own system instead when I GMed it.
The rest of the book is pretty complete, with ship building rules (absent from the new Mongoose core book. Boo, hiss. I think Mongoose hid it away with the index that is also not in the book). It has the classic trading mini-game, and design rules for making creatures and the universe, all bread and butter of Traveller. It has a decent write up of how to run the game, and an overview of the excellent EPIC template of adventure design. It is complete, and it should be at 208 pages!

The Future Is Past

The vision of the future here is the same that hamstrings Traveller today, it is hard science fiction as it was in 1980. Our picture of things that may come has changed radically. Sure, you can add it when you make your product but the SRD does not inspire this with examples. If you are writing an alternative to something already available you need to go that extra parsec.

The game is released under the Open Game License (as was the Mongoose SRD), as well as the Cepheus Engine Compatibility-Statement License (CSL) which clarifies how you can use it, but there are very few restrictions. This is meant for others to publish games using it, why put roadblocks up. I love original rule sets and would love to see support for them, but too many restrict the use. It is hard enough to get someone to write for a system that is not one of the big few (5e SRD, Pathfinder, Mongoose Traveller, and some others), but this is a further roadblock. I was just looking at the DicePunk SRD, intended for other to publish their content under, but it is released under a Creative Commons license that prohibits commercial use. That will put the kibosh on using it for most creators.


I have a love/hate relationship with retro-clones. I like them, but there are too many versions of the same old games, with only slight differences for the most part. It is nice to see someone encouraging a rule set not based on D&D!

The question is do we need this SRD? Why not just publish using the Mongoose SRD? The name Traveller on a cover, with decades of success (and failure… Traveller Fifth Edtion, may it please rest in peace) goes a lot further to sell a game than the Cepheus Engine. There seems to be little advantage to using this SRD over the Mongoose one. It does flesh out some rules that are truncated in the Mongoose SRD, like the careers, which is a plus, but the pluses do not add up to compelling.

While this SRD does its job, I would personally love the Traveller engine to become more generic, for use in fantasy, modern, ad so on. It already does cover this somewhat as visiting worlds can be like time travel, with worlds of ultra-tech cities along side worlds of people in caves. Extending the rules to cover this would be awesomesauce.
Posted by Eric at 7/09/2016 08:33:00 PM

What has my attention? 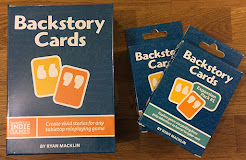